January 30, 2018
It took me three solid days to plan my workshop class. I knew that I'd bring the sounds, the culture and the movement of the Trinidad and Tobago Carnival but I wanted to make it more than fun--I wanted it to be informative, an experience just as if one were "truckin down de road" on the island themselves.

The workshop began as a group huddled around the an authentic Carnival Costume designed by Stronjeh's Line "SHHH..." a Brooklyn-based Carnival costumer: https://stronjeh.com/ to allow the dancers a chance to both visualize and experience the jewels, tassles, sequins, beads, glitter, gems --the intricate design and hand stitching of what is worn during the festival. While the glamour and flamboyancy of the costumes were there to emphasize vibrancy, sensuality and the scantness of the costume itself--there to project freedom in sexuality it dates back to slavery days where the Black Female body was appropriated, exploited and owned white slave drivers. Carnival introduces a"Role-Reversal" the concept of the enslaved becoming the Masters, mocking and poking fun at them, dressing up like freeman and putting on a show, this is similar to Minstrelsy and the development of the Cake Walk dance during the time of slavery in the US. 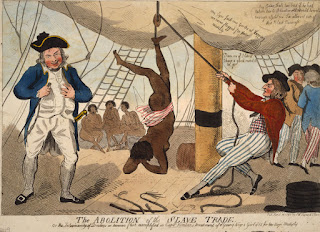 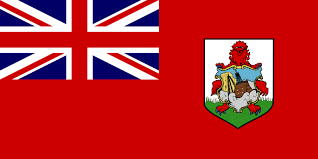 American Flag bandannas were handed out to each person, as I held on to my Bermudian flag. It's custom that Caribbean countries from all over would wave their nations flag as they party, jumping up with great excitement and energy.  I explained that this was about representation, celebration and the Spirit of unity; Lord Ras Short, I brought the East Indians/Hindu culture together with Africans on the island to infuse sounds, culture and community beginning the SOCA movement. Each person went around and shared what they had intended to celebrate within their 90 minutes of SOCA: "Life, Dance, Vulnerability...just to name a few" 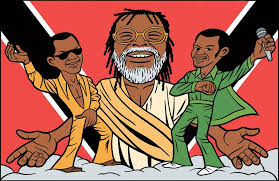 I found it important to initiate high vibrancy movement with the facilitation of breath; breathing from the belly (the diaphragm instead of the chest). Following, we warmed up our "bumpas" as I explained that the wine, the role, the pelvis pumping, is indeed raunchy and provocative yes but it's a distribution of wealth. So we played with the idea of the body being a TrustFund or Bank where one gets to decide how much or how little of their sexuality they'd like to give away referring to a popular movement play game (cent, 5 cent, 10 cent, or $1). We introduced "Palance" a waving flag and jumping up dance and  "Truckin" the act of walking along the road with the band playing while "playing Mas"--Masquerade.

To my surprise 9-year old girl joined us, taking the class with her Mommy. It was perfect because Carnival is a family experience, Kiddie Carnival they have it. We did a Butterfly Dance, freeing up our wings, flying through space, swinging about to the sounds of Korede Bello. She replied later to her Mom that it was her favorite part of the class--funny because she was my favorite, so inspiring to introduce this work to a younger generation. 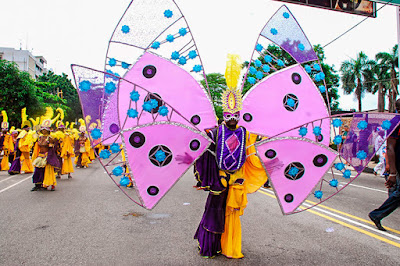 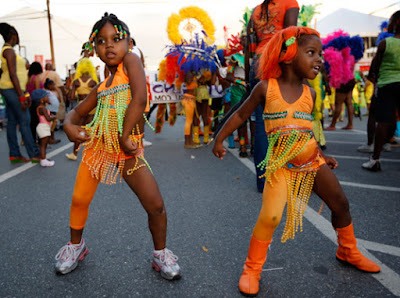 We moved across the floor with syncopated movements of the knees, feet and hips. There was a beautiful array of qualities, bodies types, forms and shapes in space. This work that of the spine and of the skeleton, that the muscles were there to build on the foundation we call a body and the flesh should simply respond to the movements happening within the skeletal structure. As we traveling in space we explore the historical factor of confronting demons, bad spirits, energies, evil things and so on. It is said  (Carne-flesh Vale-to cut off) that the European church had great influence in the makings of this festival whereas the people would celebrate their fleshly nature; sinful ways to get it out of their system before the days of Lent. Carnival is celebrated in the middle of February while Lent *the giving up of something* is celebrated on the First of March. It is customary in many converted cultures that the festival would feature Masks of Demonic entities to scare them away as they dance. I invited the dancers to charge with force and strength against any of their obstacles, issues, proclivities and what have to you in an effort to make them flee; walking with hands held high two hands in a clasped fist as they either chopped talk stalks of sugarcane down or hit a hammer against wood.

We ended the SOCA Dance Party by "Fetin" *partying, also known as Liming* from the audience onto the theater stage.

I am grateful, full and happy to have had the experience with my Keshet Makers, Movers and Community of dancers here in Albuquerque. The experience informed me as a leader, cultivator and researcher about the culture of SOCA. The one thing that we didn't get around to was the martial arts dancing, "Kalenda". I will be sure to incorporate this is my next class!

Dance Our Legacy Scholarship Fundraiser Event: All Day of Dance Support the Next Generation

September 07, 2018
Dance: Our Legacy Saturday October 6, 2018 Bowie Performing Arts Center (9am - 1pm) Workshops $Pay as You Can, Donation Based (7 - 9pm) Evening Performance $10 Tickets Tickets on sale NOW! https://www.tix.com/ Event.aspx?EventCode=1095259 All of the proceeds will go towards the building of a Scholarship Fund Featured Performers: The Conway Academy Neema Dance Collective The Collectif Project AfroTempo: AfroDance Revolution Release Dance Company Divine Dance Institute Future Destiny Dancers Jyla Dance Studio The Dance:Our Legacy Scholarship is the first of many announcements that our Dance Community is one of Spirit, Integrity, Achievement, and Excellence. We are coming together so that our children can witness the power of a collective effort. We place our imprint on the greater Dance Community by raising our voices so that the echo can be heard from now and for generations to come. All of the proceeds collec
Post a Comment
Read more

it's still Chocolate City: Local Adventure to the Gallery

March 22, 2021
Although Travel--for me is a way of LIFE. Every day can be made an adventure if You Make it. Just know that there is something to learn and grow from through each of life's experiences...it's Amazing. It's us who has just got to show up and LIVE It. A walk around the neighborhood, a trip to the Mail Box, or nearby Corner Store or just stepping foot outside of your 4 WALLS to STRETCH can feel Humane. ((Quarantine Blues)) The Weather in DC is beginning to change. Flowers are in Bloom--Cherry Blossoms. The Air is Sweeter, Warmer. And with the successful return of Black Business in the Anacostia neighborhood area Saturday, March 20, 2021, I stepped outside my home to support the movement. Black Excellence is making its mark in our Community with exceptional Artists, Storytellers, and Historians who are dedicated to their craft like William Lee. Anacostia Arts Center: 1231 Good Hope Rd SE, Washington, DC 20020 www.anacostiaartscenter.com      I caught him in the Gallery peering
Post a Comment
Read more