Black Dance History. Do you know this Man?

February 10, 2019
Photographed here are our Elders, the Firsts among many who have contributed to the Legacy of Dance as we know it to be today. Each in their own rite, field and area of the World. 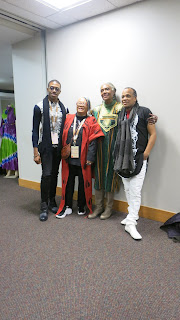 One, person. A Male Dancer in particular is neither Photographed nor mentioned in the image above. He is one however, to be remembered at the onset of meeting him or hearing his voice.

At age 61, Rossi Turner, Dance Scholar, Educator, Performer, Choreographer, Mentor, Political Activist, Travel Expert, Trailblazer and Community Liason prepares his Nashville, Tennessee home property to be converted in to a lower unit dance studio called A.R.T.S (A Rossi Turner Studio) where he fulfill his passion in educating the youth-under high school ages in dance. Turner says, "I have the patience to teach the young ones the basics, including the history.....the stories and the messages behind the movement so that they understand what it's all about." It shows as enters any room demanding the respect, attention and consideration of those around him with his amiable Spirit, warm smile and kind heart. Each moment, becomes a learning one in his presence as his distinctive and ministerial voice poses thoughtful questions or reflections to a crowd of people.....he'd just met.


This is who a Rossi is. A friend to all, a stranger to NONE. 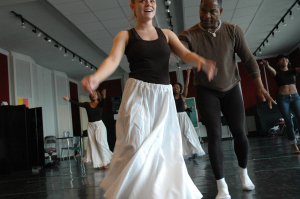 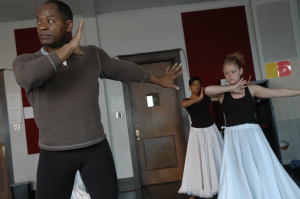 Much like Mr. Ailey, Rossi was introduced to dance on a whim invitation by friends in fellow colleagues. He was studying Political Science at the University of Tennessee when student encouraged him to attend a dance audition. Shortly after, he attended a performance the schools cultural center by the Alvin Ailey II company and from there was hooked. He'd already has a knack from athleticism and with the state allegiance to Sports that's where his like most boys interests laid. A natural talent, with a huge heart and a whit that's enough to reel in three TED Talk audiences, he found himself reciting a poem by about Harriett Tubman for a troupe of dancers at a rehearsal one day an invitation by Donna Harrison which would become the reoccurring theme for his life--serving sharing, displaying, demonstrating and defending the need for the presence of Black Social and Civil Liberties in this country through arts.

Rossi transferred to the Nashville State University as a result of Political Protest and immediately began training in the least likely of places, the Public Library with a petite and taunt Graham dancer by the name of Cricket who helped hone Rossi's skills and technique on a pre-professional level. He would confide in these such teachers and mentors like throughout for years to come even as he himself would become a leader and forerunner in dance. "Art imitates Life. And Life imitates Art." Rossi believes this statement to ring true, considering the condition of the Human-being and its relationship to culture, race, heritage, lineage, music, essence, love, peace and more.... He was and still remains unafraid to reveal about the truths about ownership of the Black body and the integrity that comes with being a Black Male dancer.

Rossi went on to become the defining term for Black Excellence, studying, performing and touring with as a dancer throughout the world. He's taught dance and kinesiology at a Prep School in Vermont and at Fisk University and after attending his first IABD conference became close friends with it's Founder, Joan Meyers Brown of the Philadanco! Philadelphia Dance Company.
Turner started his own dance Troupe called the Sankofa Dance Theatre comprised of the best 3 - 5 modern dancers. He taught classes, choreographed works on his as well as for other dancers and even designed and stitched his own costumes. The company received awards and accolades for being thee highest ranking performance group in Nashville, TN. He continues to impress upon varying communities as an educator, influencer, author and even performer if the occasion calls.

He has always been both investigative and devoted to the art form, but his commitment to dance goes beyond the stage. In fact, his feet scurry across the Globe these days with his very own Travel Guide Company called RAK International LLC. Rossi invites any and all who'd like to join him in an international tour of the African country, GHANA in the year 2019. He is expected to release (3) three authored and published works on his personal travel experiences and memoirs of his career spent as a dancer.