Art is Life. So stopping taking Ours. #blm

July 26, 2020
It's crazy how life can bring you full circle.
Even if you've traveled all around the world there is still so much to discover within your own neighborhood--just like Indie.Arie's song says (Little Things). For me, no matter where I go I can also spot the part of a city thats hippie town, where all of the Artists live, dwell and go.

While attending school in San Francisco, CA my favorite weekend venture was taking the bus up the hill to Haight Street. There I'd people-watch--the hippies and throwback free people with long stringing hair and their usual friendly large-sized Canine companion just gaping, chilling on the corner. I'd look forward eating at my favorite local cafe "The People's Cafe"which had the bomb quesadillas (when I used eat dairy) and then visit the next door dope boutique by a designer named Audrey. Plenty of color, murals painted on building walls and sidewalks without a sense a time or urgency. Always a good time. 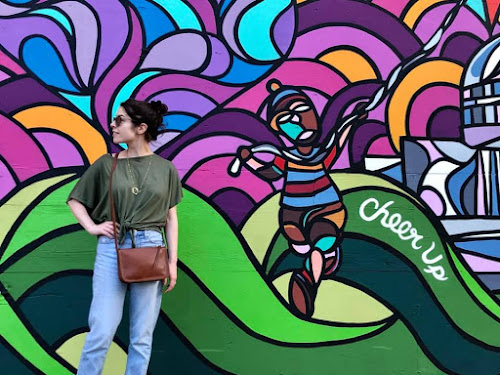 As a young girl, I recall Mom taking my sister and I to the mall to do shopping and layaway for the next Season. So once, a shopper always a shopper. It's in me. I am getting better now, in fact embracing more of this minimalistic life style whereas I only have just what is needed and no more. Everything is functional and can be repurposed--this mind/heart set gets me prepared for my dream Tiny House. I am so ready! I think...ha!
Chicago and New York was no different. I knew all the thrift store strips in Brooklyn and the sweet spots where for Mexican for yummy hot homemade soup in the Chi. In fact, the day I sat down in a diner, crying my eyes out was the day I  found refuge the side town called Pilsen where I would later end up moving to located the pink line with limited hours, quiet nights and apparently-- a record. It was where the Gangsters of the 1930's in Chi used to run. Good Stuff. Art Districts have rich story, character and energy where which bring the people to revive the spirits surrounding neighborhoods. The Arts District anywhere is where you do to impress your first date---the Juice.
But out of all the places...I've yet to go check out the German, Canadian, Japanese and or French Arts scene, that's coming...I can say that my heart remains at home. The DMV has always been a haven for arts to thrive because it was ingrained in the people. Things are different now and the line is draw much more definitively in the sand. What is left of what was lost to gentrification can be found in museums, rec-centers, on your occasional wall here and there, the artists lives in education and after-school programming. The Arts continue to live on in the lives of: Teaching Artists, Legends, the Tradition, in Griots, Enthusiasts, Advocates and through personal experience....
When it comes to gathering it doesn't take much for Artists, we are constantly in search of ways to come together to share and exchange our Art. However the obstacles that we faces are alarming as they go against the existence of Art itself. It is such that (especially with Black and Brown Art) that we are admired for the work that we produce however we are selves are often rejected, dismissed and unwanted. This reflective in the housing demographic, zoning mandates in the city/metropolitan area and the live. Each state, county/region has Arts District however rarely do you see Artists living in them. Bold murals and painted billboards line the streets and yet, not such Artists are there to be found on sidewalks. 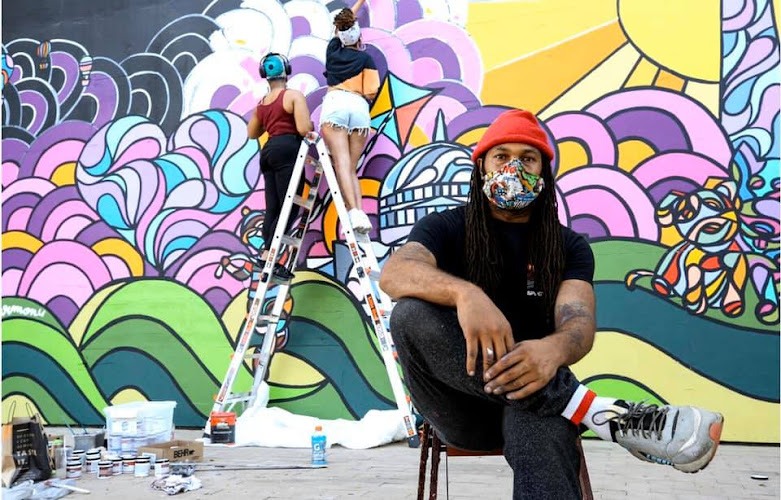 They cannot afford, their own adornment.
Commissioned In.
Booted Out.
This is why Jean Michel Basquiat was so well known because of his ability to 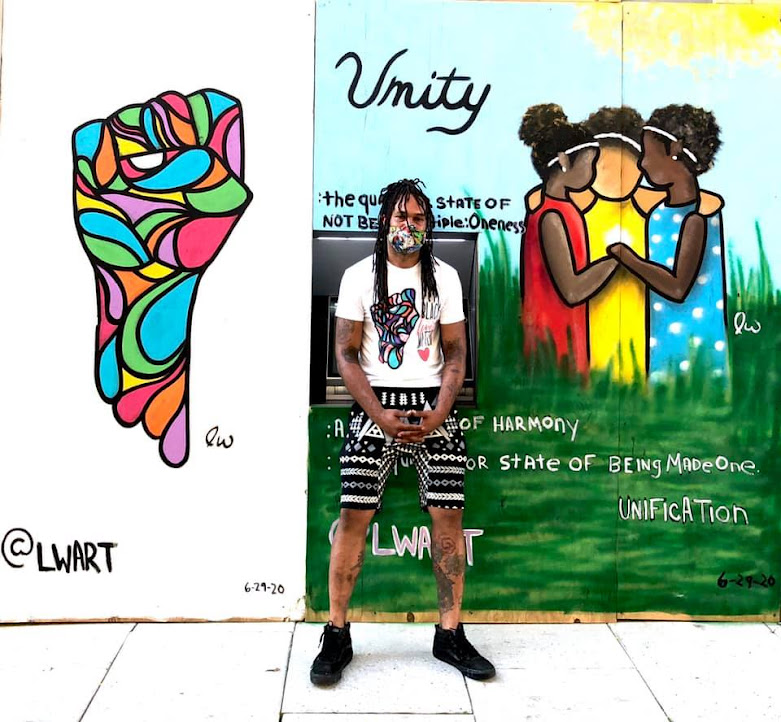 cohabit the spaces, live the life and challenge the inner circle of the bourgeois class. His presence as a Black Man, his audacious behavior and appearance helped to change the status quo for Artists to come. In his work, were many messages about feelings of isolation, regression and curiosity about the World his was living in. I think as Arts we all circumvent these same thoughts and feelings, even when we go to put on a uniform and show up for work and deal with the chaos in our neighboorhoods. It's amazing.
To close this blurb out, I'd like to acknowledge the images of original mural and artwork created by Luther Wright a DMV based Artists would spread love and light through our capital city during the Black Lives Matter movement 2020.
There is doubt that Artists are on the frontlines. 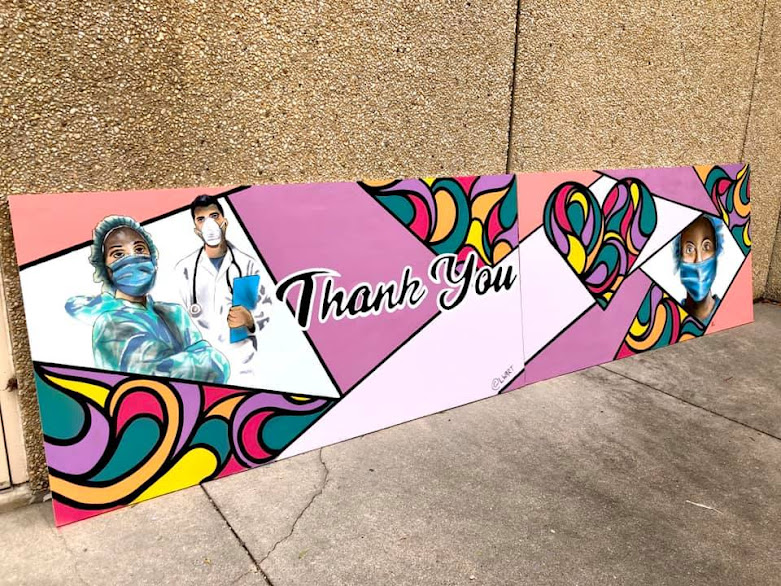