While history was being made (2021 U.S. Presidential Inauguration), I was off discovering new lands. You know, the part of our history, geography, psychology, ethics and literature studies that is never taught, written or spoken of grades K - 12? I can recall learning the song "One Love" by Bob Marley in Choir, the vague mentioning of sugarcane as the islands' main crop and then of course there was my childhood best-friend--Danielle who is Jamaican.
but, That's about it.
Divide and Conquer is one of the oldest tricks in the book, that the Mbotu used to entrap, enslave and oppress the peoples of Africa. As it was then--and still is today, a form of weaponry used to delineate people from knowing themselves--so I make it my business as a Traveler to do just that.
And then again, the mere fact that these islands are home to me keeps me coming back.  The first time, I every visited the Caribbean--proper because although my family is Bermudian it's coordinates are all on it's own off of the coast of the U.S. Carolinas--I was greeted with a homecoming and so, it's been a journey coming home each time. 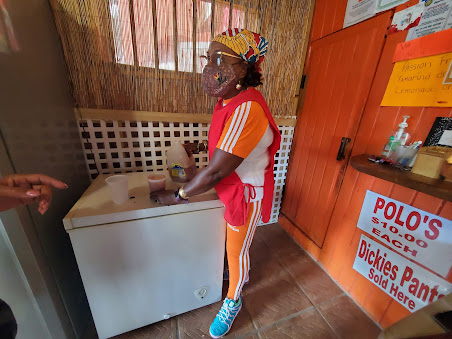 I'm in the US Virgin Islands. Of all places, who would've thought I'd be bold enough to ditch the country during Inauguration Week and fly.....far away from the mobs, mischief and mayhem. But it was called for, despite the global concern about the spread of CO_VID19.  This is truly what my Spirit Woman has been asking for, me be taken over by the water and allow the its sound, movement--the sea breeze and connection to the Moon to work it's = magic through me. 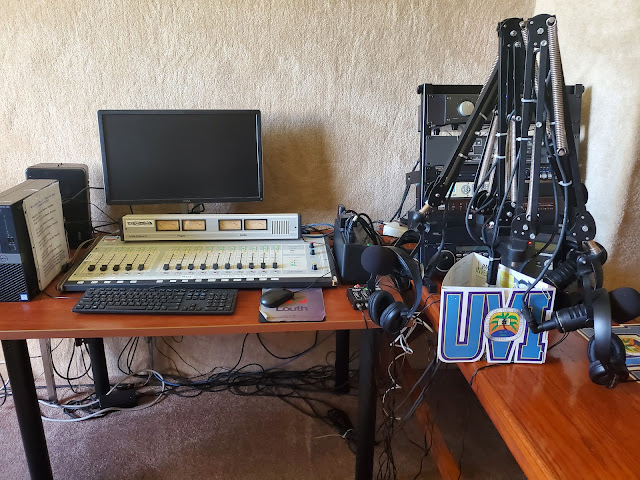 Even more so, this is a continuation of my own self-exploration of the Caribbean Diaspora culture, traditions and way of life. The Virgin Islands are a part of the 48 contingencies and tied to the the mainland as a "territory" which no-one is proud of. This modern-day colonialism demonstrations the savvy business strategy for keeping the wealthy in mind. It's, the extended vacation or honeymoon spot for retirees mainly White, European, Foreign or other who come for land and to dominate the tourist industry, activities, beaches and resorts. Unlike other islands I've been to the government places strict mandates on construction and the privatization of beaches access. But the racial undertones and the plight of the oppressed is real and evident.

What I love about being Black and Traveling is never going unnoticed. While this may pose as a challenge in some cases, overall I find that  Melanin attracts blessings and favor during exploits.

It's like the Angels and Ancestors are there safeguarding their globetrotting children, the ones who are bold enough to reclaim territory and see the world--it's something that our Ancestors did not have the privilege nor the freedom to do. A birthright. I learned early on in college being exposed to different culture, races and creed that the path of resilience is not always in the fight but in the faith and the ability to forgive. 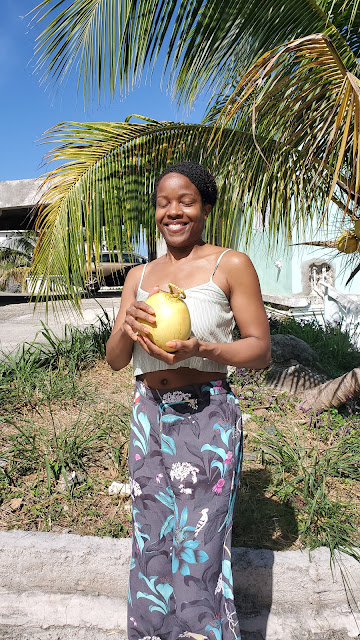 So when I encounter hardships that are racially charged, I try and take a step back and just observe.
This time around in St. Thomas, it was my fellow Travelista Sista, Krystal Glass who encountered injustice first hand. She was targeted by our Airbnb Host-- while jogging one morning on the property. The owner approached her with disdain, rebuking her for creating sounds that "made him feel afraid".
Even before this incident. She was being watched, harassed, policed and provoked making the stay an unwelcoming and uncomfortable one. Thankfully in the end things came to somewhat of a resolve, but it raise serious questions considering the political climate of our day.
To go deeper and learn more about this: take a look at this Article. 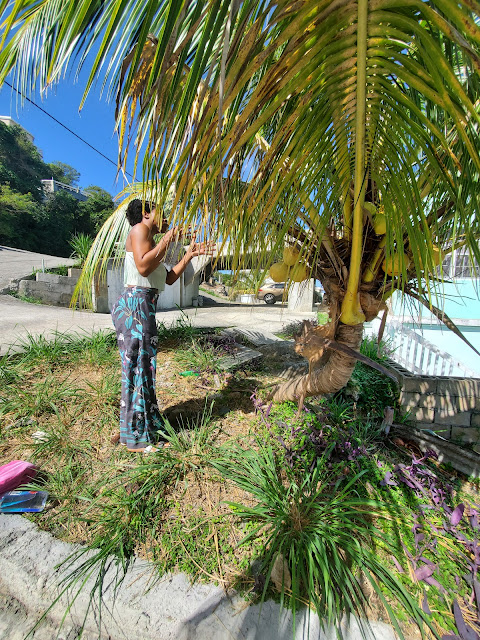